Ando Sensei began teaching in Urayasu in 1989 and Yoshinkan Aikido Ryu was launched in 1996. In Japanese mythology, Ryu-o – the Dragon King – is worshipped as the god of water and of the ocean who can command the rain and the clouds. Morihei Ueshiba – the creator of aikido – believed that the Dragon King is the patron god of aikido. After coming across a stone hanko (stamp or seal) with the character for ryu (dragon) carved for him by his calligraphy teacher, Ando Sensei decided to name his new organization Yoshinkan Aikido Ryu.

Yoshinkan Aikido Ryu acquired NPO status in 2002 and has since become involved in various voluntary activities in Urayasu City with it’s ultimate goal being to further the development of aikido and to spread the peaceful message of aikido; thereby contributing to a rich and peaceful 21st century.

CLICK HERE TO SEE THE NPO FINANCIAL REPORTS (ONLY IN JAPANESE.)

When Ando Sensei began teaching aikido in Urayasu, he was lucky to have the use of several excellent public facilities (many of which he continues to teach classes at today). As the number of his students and apprentices grew, Ando Sensei realized the need for a dojo dedicated to the study of aikido from which he could further grow his organization. In 1999, Ryu Dojo was built.

Student numbers continued to increase and Ando Sensei’s organization outgrew the original dojo. In April 2013 a second dojo was built adjacent to the first. Improvements to the facilities included new change rooms, a lounge, room for live-in students and increased parking.

Offering world-class training, Ryu Headquarters Dojo draws in students not only from around Japan but from all around the world. Every year many students from different countries come to stay here at a dojo devoted exclusively to the daily study and practice of aikido. 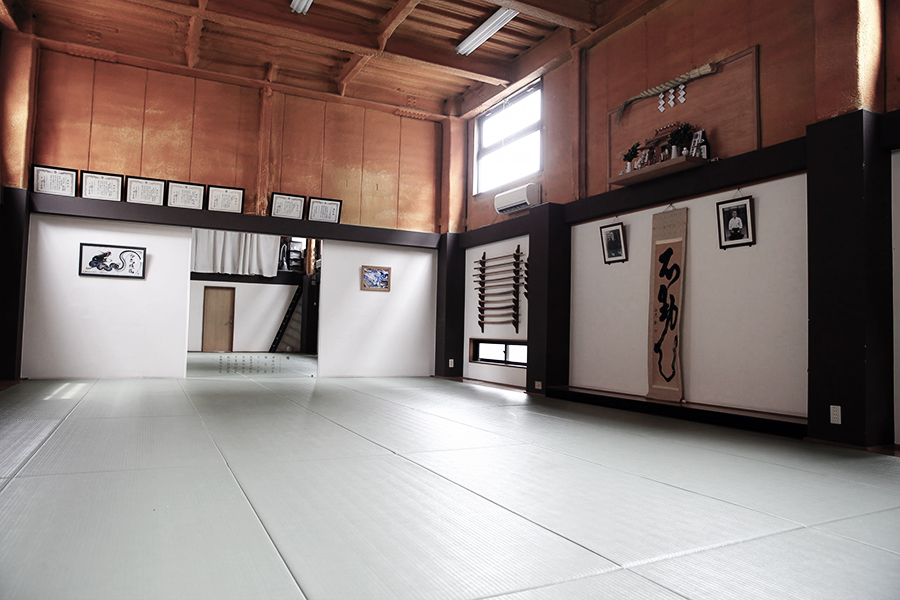 Ando Sensei was instrumental in forming the The Urayasu City Aikido Association in 1990, in cooperation with Nakajima Shihan of the Aikikai.
This federation was formed with the goal of re-uniting the Yoshinkan and the Aikikai styles, preferring to see the similiarities rather than the differences between the two styles.

Every year in May the association hosts the Urayasu City Aikido Demonstration. The current chairman of the Association is Hiroyuki Otsuka. 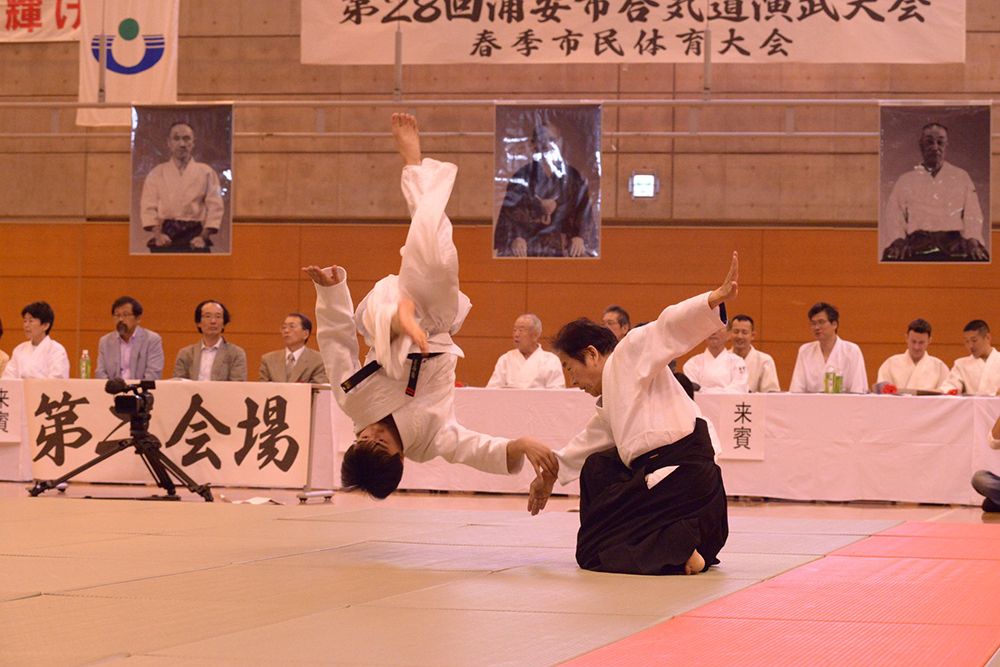